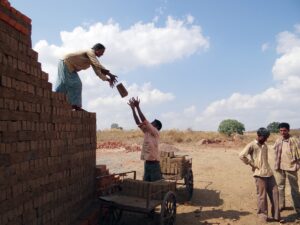 All in All its Just Another BRICS in the Wall

I have been exposing the elite trickery of distraction in the global monetary system and why each of us ordinary people need to give attention to these developments. BRICS (Brazil, Russia, India, China & South Africa) is one of them that has a major impact for the west. I have been exposing this topic in my book Money Plain and Simple and my website: Blog – (moneyplainandsimple.com) for a while now and I encourage you to read them to gain a better perspective on why this is becoming ever so important to your personal finances. I promise I keep it very simple.

A quick catch up: at the end of June, the BRICS nations held their annual summit and two more nations have applied for membership. The first is a long-time sanctioned nation by the US, Iran. The second nation is Brazil’s neighbor to the south, Argentina. There is also expressed interest by the Kingdom of Saudi Arabia. Read more here: Iran, Argentina seek BRICS membership | World News,The Indian Express

Again, why should anyone in the west care about any of this? As I covered in my book, China and Russia are super power countries that are controlled by the US dollar. And in simple terms, they do not want this control over them any longer. Especially when the USA can sanction any nation that is part of the dollar system. In this case, Russia was sanctioned for the invasion of Ukraine. Read more here: BRICS Could Create Its Own Reserve Currency, Russia’s Medvedev Says – Global Times

Another major concern is understanding why the US is in control of the world reserve currency. Again, after reading my book, you understand what fiat currency is and how the US created the ‘petro-dollar’ that made all oil trading in US dollars after ending the gold standard. Oil is the very commodity that gives the dollar its value today. Now, Saudi Arabia, a member of OPEC, is expressing interest in becoming a member of BRICS. This will only add to the fact that Russia, now a major global energy producer, is selling oil and natural gas in its own currency and in Chinese yuan, not US dollars.  This is the beginning of financial circumvention of the US dollar.

The US dollar is strong against other major currencies but is not strong against itself. Remember that most of its value has been eroded over time and is only worth about 5 cents to its original value. We are in strange financial times and everyone should have an idea of current events as they are changing quickly. Loss of the world reserve currency would be detrimental to those who use the US dollar.

I am posting a quick video that gives an overview of this. At the end of the video, note what the woman says: “Every time the world’s hegemon has moved from being the issuer of the world’s currency and transferred that power to another nation, we have seen massive upheaval and world war. So the transformation process will be a process of grave instability. It’s not something we should look forward to.” Watch the video: https://youtu.be/XqlGeMPFBqI

Get more at www.moneyplainandsimple.com  The book is available in English (and audio) and in Spanish.